We launched Eventualities knowing with drive, determination, and a spark of creativity we could accomplish anything for our clients.  Throughout the years we have designed, guided, created, set-up, and made thousands of celebration dreams come true all across the country.  I've been blessed to have my family beside me every step of the way.  And everyone we work with becomes a member of the Eventualities family."
~Diana Polsgrove, Founder and CEO

Our family-owned business celebrates every moment of life: from birth to death, corporate to private, 5 to 50,000 people, and everything in-between! 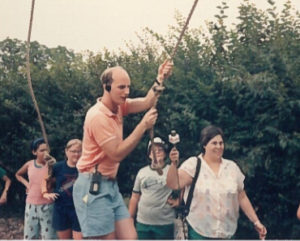 Eventualities was born in June of 1995. However, we need to begin a decade earlier. Diana always volunteered with her daughter's school, church and Girls Scouts. Her first true coordinating event fell in her lap when she accidentally volunteered to be Day Camp Coordinator for her area Girl Scouts.

She had such a great time working on the week-long event that she held the coordinator position for the next 6 years. During that time, Diana worked for Monkey Business Singing Telegrams, and a former event business. As the years went by, balloon décor began to be in great demand in the corporate world. This enabled her to explore her creative side. Diana would cold call companies inquiring on their event needs and increased sales by 20%! She would communicate with the client about their needs, and in so doing discovered her path to business ownership.

She left Master Productions on a Friday and by the following week she had opened Eventualities doors and booked her first job with Baptist East, then Jewish Hospital. Like many other small businesses, she ran the company out of her basement. By the end of the first year she had over $78,000 in sales. Diana wanted to learn everything she could about balloon décor, so she began to attended classes at the balloon-university. In 1997 Diana and her husband moved to Pewee Valley and doubled their house size and Virginia, her eldest, quit her job at UPS to join in the family 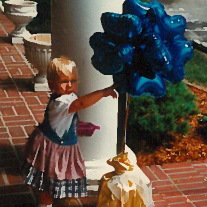 business. In 1998 she bought out her first company and absorbed it into Eventualities inventory. As the company began to evolve her inventory grew from just balloons to props and furniture. She was growing so fast she could no longer work solely out of her basement anymore. When Diana started the company she never planned to stay in the balloon industry however she dreamt of something bigger; to become a full event planning company. Over the next couple of years, the company grew and so did the storage facilities. Before the end of that year Eventualities even bought out two more businesses inventory!

In March of 2001 Diana's husband suffered a massive stroke that caused him to bleed from 6 main veins in his brain. This changed everyone's world. He spent the next six months in the hospital for rehab: learning to talk, walk, swallow, and move through daily life with the obstacles the stroke left in its wake. Even though she was visiting him she was working non-stop, even the centerpieces for Manual's prom was made in her husband’s hospital room. Her husband's stroke left him unable to return to his job as a letter carrier and Diana became the bread winner of the house hold. Even though her husband, Bobby, was a government employee and had great insurance, the bills began to pile up. She did the only thing she could do, use the business to fund her husband’s medical bills.

Money was so tight that right after her husband made it out of ICU she was visited by a social worker that told her "I am here to help you declare bankruptcy!" Diana looked at her confused and said I'm sorry but I think you have the wrong person. The lady again looked at Diana and said "No, you don't understand what medical debt you will be accumulating with his illness." As the months went on in the rehab facility, Diana and Bobby made friends with the others who were there recovering from strokes as well. Month after month they watched as the other families lost their homes and as their cars got repossessed in the parking lot while visiting their loved ones. But Diana was determined to not let that happen.

Fast forward to 2003 and the company was struggling to stay a float. Diana even went to see a bankruptcy attorney. He wanted to bankrupt them personally but leave the business alone as it was a viable business. She understood everything the attorney had said but in her heart she knew she couldn't let someone else pay for her debt, it's not who she is. So, Diana called her minister that night and told him what was going on and asked her to pray for her. Now, I'm not telling you that God brought her a beer company but the very next day Coors Beer called with a $250,000 job. This was 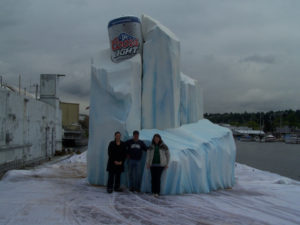 literally a God send! We had 8 weeks to create 5/20' glaciers that would float on a barge in Seattle, Los Angles, Chicago, New York, and Philadelphia. ALL ON THE SAME DAY AT THE SAME TIME! The week after one of the busiest weeks in Louisville Kentucky, none other than the Kentucky Derby!!!! This was the promotional roll out for the new Coors cans that turn blue when they become cold. This job literally allowed Diana to start paying personal and professional bills. Finally, she had the revenue to begin a payment plan with her creditors.

In 2005 Eventualities bought another company and doubled the size of their business once again. This meant the business finally required its own space therefore we had to move out of Diana's home. We moved to our first warehouse that was 1,495 square feet. Two years later, still paying off debit, we had to move again because we had nearly doubled our inventory once again!

We grew to 10,000 square feet space and hired a full-time warehouse man! Eventualities was on a roll, but still digging away at our financial deficit. In 2007, business had picked up with sales reaching $400,000, and two full time employees.

In 2013, sadly Diana had to permanently place her husband into a nursing home. After a roller coaster of illness, surgeries, set-backs, and trying to take care of him herself she finally concluded that she needed help.

In 2016 Christian Care Communities decided to drop their major fundraiser, The Derby Festival’s “Battle of the Bounce.” This was the only event that Eventualities continued to sponsor its 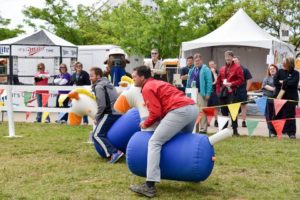 conception. After multiple discussions, Eventualities purchased the event from Christian Care Communities. Diana decided to keep it as a fundraising event, naming Christian Care and Kentucky Indiana Stroke Association as the non-profit beneficiaries of the event.

On April 7, 2017 Eventualities expanded and more than doubled their company. We acquired Backyard Bounce Events, an inflatables and event company we had worked with, and used for years. The two companies are kept separate financially, however it still falls under the Eventualities family! To date Eventualities has 15,000 square foot warehouse full of inventory items equating to roughly a million-dollars with annual sales of $600,000. Backyard Bounce also has 15,000 square foot facility full of inventory items equating to roughly a million dollars with annual sales over $650,000. Due to our rapid expansion we have grown to 14 employees! Currently this includes third generation family members as full-time employees; Diana’s grandchildren Shelby and Tyler Hart. Although, everyone that has worked for Eventualities eventually becomes family like our event production manager Parker Estes who has been with us for almost four years, and friends with Shelby for 11 years.

Diana has had obstacles thrown at her along the way but has never given up. She has dug herself out of a hole that others would walk away from. She considers what she does as a ministry. To this day Eventualities retains 97% of their clientele. Some of the largest clients are Baptist East, Norton Healthcare, Kentucky One, Humana, Jim, Beam, Heaven Hill, Coors, and American Commercial 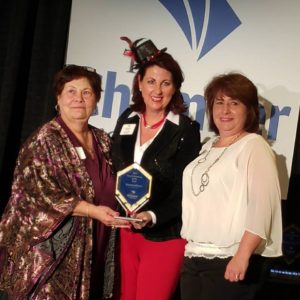 Lines including numerous non-profit organizations. She has been cleared by the secret service, has worked for 3 United States Presidents, 5 Vice Presidents, 2 First Ladies, numerous Governors, and state officials. Since we do a lot of business with non-profit organizations, Diana always made it a priority to find ways to use their budget wisely, not just simply spend their money. She treats every client like family because Diana is an only child and always wanted siblings. At Eventualities everyone becomes a family member.

Eventualities is your "One Stop" Special Events resource. From concept to completion we help create both the memorable and the hassle-free experience that you require. Eventualities will exceed your expectations! Site development, actors, actresses, comediennes, clowns, jugglers, caricature artists, magicians, mimes, hypnotists and/or psychics are just a few of the entertainment services Eventualities offers. Our service is only limited by your imagination!

Diana has been a force of nature in leading the Eventualities team to be award-winning.  Her love for people and celebrating life is contagious in the community.  Her background spans everything from Girl Scouts and singing telegrams to nautical launches and floating custom builds.  Her daughters, Virginia Hart and Deanna Polsgrove, both work in the business as well as the grand kids - a full-service family-owned business.  Diana currently serves on the Board of Directors for the Prospect Chamber as well as her church. 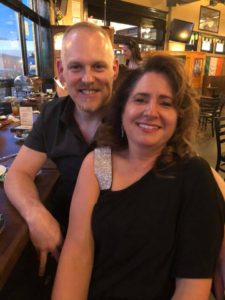 Once Eventualities got bigger than Diana could handle alone, Virginia decided to come into the business full time and take the lead where her strengths shine - organization, logistics, and all the detail work. Working with her mom is a daily adventure.  One of their mottos, "It's never boring." Virginia currently serves as Vice President on the Board of Directors for the Chamber of St. Matthews as well as Treasurer of the Kentuckiana Chapter of Executive Women International. 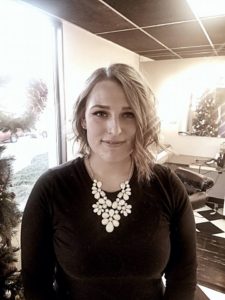 Shelby Hart, Little Bit of Everything

Shelby, Virginia's oldest, and recent graduate of Hanover College, does whatever needs to be done around the shop. She's been working in the business her entire life and can do everything from bookkeeping to constructing 2-story faux building walls.  She has also been producing the "Hey Diana!" and "Prop Culture" videos (viewed on our YouTube channel) 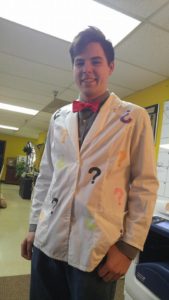 Parker, best friends with Shelby, was hired by Diana to do some extra work around the warehouse and during events.  He now manages the warehouse and building activities, takes on-site lead, and is finishing his Bachelor's Degree in Marketing from the University of Louisville.  Which also makes him a member of our sales team!

James is a newer addition to the Eventualities family and fits in beautifully! He's great in the office and even knows how to calm Diana when things get too crazy.  He brings a wealth of theater knowledge and experience and adds a touch of sass to every day. 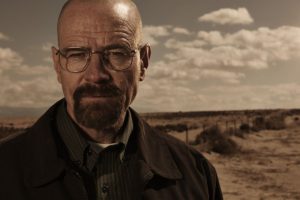 Danny is our guy who likes to work behind the scenes. So much so, we don't even have an official picture for him, but his look-a-like.

Christy handles the marketing and facilitates the strategic planning to keep us on track for ourselves as much as our clients.  She helps clients plan their event marketing efforts and even has her own training and development business to help people get to new levels of success.

We have Fun Together! 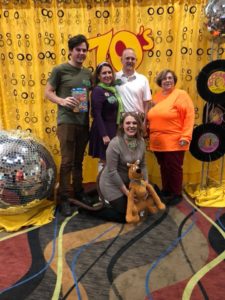 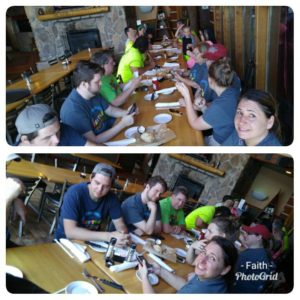 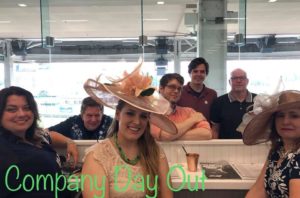 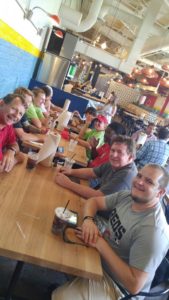 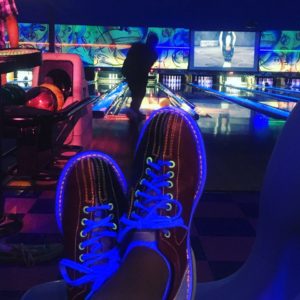